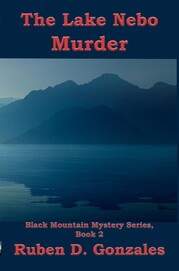 ​The Lake Nebo Murder
After a newspaper merger eliminates her job as a sport and crime scene photographer, Emma Shaw decides to return to her small mountain hometown to open a photography business. The year before, when visiting the town and getting caught up in the case of her murdered brother, the town’s only photographer offered her a deal on his struggling business. With the opportunity to be her own boss and at a crossroads with her employment situation, Emma decides to face the demons of her past and return home to be an entrepreneur.
Arriving in the fall of the year Emma throws herself into the work of starting the photography business on the ground floor of the old building on Black Mountain’s Main Street and renovating the floor above for an apartment to live in. Emma is assisted in her portrait photography by her ability to read the energy auras of most people. This gift was inherited from her Cherokee ancestors and she discovered early in her life that if she snapped her camera’s shutter right at the moment of a person’s brightest aura, the resulting portraits appear so lifelike the captured images appear to breathe with life. She also learned that when a person’s aura glows in a dark pink shade, they are lying. 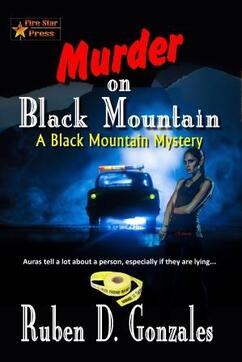 "Murder on Black Mountain"
Book One in the Black Mountain Mystery Series
Follow Emma Shaw as she returns to her Black Mountain home to bury her big brother, Early Shaw, the small town's Chief of Police. When Emma discovers her brother died in a suspicious accident she decides to look into the matter herself. Emma uses her ability to read energy auras that surround most people to help her solve the mystery. Suspects are many and leads end in frustration as Emma uncovers clues to her brother's murder. 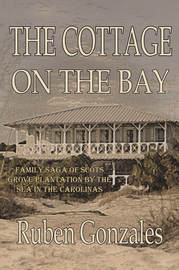 ​
The Cottage on
the Bay
by
Ruben D. Gonzales

Martha Stewart Thorpe, young war bride and then matriarch, lives through the changing times, lives, and family on a once thriving plantation. Along with her father and uncles who came over from Scotland, and Martha’s sisters, they struggle through the years after the Civil War. Read the Civil War saga of Martha Stewart Thorpe and her life in the Cottage on the Bay as she navigates through Southern reconstruction in search of atonement, redemption, and love.

Cottage on the Bay Excerpt